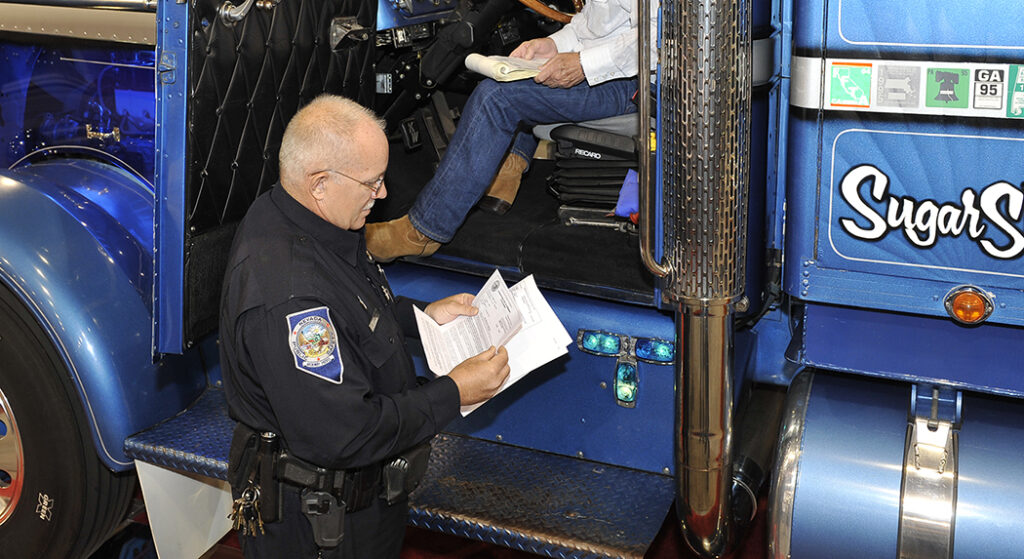 Commercial vehicle inspectors conducted more than 59,000 inspections during the three-day 2022 International Roadcheck event, placing 12,456 vehicles and 3,714 drivers out of service, the Commercial Vehicle Safety Alliance reported on September 13, 2022.  From May 17-19, 2022, CVSA-certified inspectors in Canada and the U.S. conducted 36,555 Level I Inspections, and inspectors in Mexico conducted 1,150 Level V Inspections, for a combined total of 37,705 Level I and V Inspections.  They placed 8,718 vehicles out of service, which is a 23.1% vehicle out-of-service rate for North America.

Last year’s Roadcheck event, which took place September 9-11, 2021, after being postponed due to the Covid-19 pandemic, resulted in an overall vehicle out-of-service rate of 20.9% in North America, an increase from the 17.9% rate the prior year.  During the 2021 event, inspectors removed 6,710 commercial motor vehicles and 2,080 drivers from roadways – a 16.5% vehicle and 5.3% driver out-of-service rate.  During last year’s event, there were fewer inspections, at just over 40,000.

Last year, CVSA said that approximately 83.5% of the commercial vehicles examined had no out-of-service violations during the annual high-volume, high-visibility inspection and enforcement initiative.  International Roadcheck is a CVSA program with participation by the Federal Motor Carrier Safety Administration, the Canadian Council of Motor Transport Administrators, Transport Canada, and Mexico’s Ministry of Communications and Transportation and the National Guard.

Now on to more news about AB5 and the ongoing struggle with owner operators in California.  On June 30, the U.S. Supreme Court refused the California Trucking Association’s (CTA) appeal to maintain an injunction prohibiting the enforcement of  California’s AB5 (the strict ABC worker status test used in California).  On August 29, 2022, the injunction was actually lifted.  AB5 can now be enforced by state officials against the trucking industry.

The CTA recently announced that it will pursue a new injunction, arguing that federal law preempts the stricter standard required by the Ninth Circuit Court or that AB5 creates an unconstitutional burden under the dormant commerce clause.  Regardless of the legal arguments, the CTA has signaled that it will continue pursuing (perhaps uphill) efforts for legislative relief.  Independent trucker protests disrupting traffic at several of California’s ports and AB5 pressure on an already stressed supply chain will keep the issue in the public eye, for sure.

Although AB5’s ABC test may prove difficult to uphold for the traditional owner operator relationship, the U.S. Solicitor General and at least one state appellate court (in a case involving Cal Cartage) have suggested the business-to-business (B2B) exemption could be satisfied (resulting in application of the longstanding Borello test).  The exemption requires a contractor to act as a business entity and to meet the elements of California Labor Code 2776(a), including one that requires a business license and another requiring a distinction between customers served by the contractor and those of the alleged employer.

Although only of persuasive value, the Cal Cartage court case indicated the business license requirement (must upgrade your CA number to an MCP number issued by the California Highway Patrol) refers to local business licenses and not to motor carrier authority.  The court also indicated an owner operator could be viewed as providing services directly to the motor carrier and not to the carrier’s customers, satisfying the “customer” element.  The case law may develop unevenly with respect to these and other required elements.

Transportation businesses may use various strategies in an effort to comply with AB5, but a clear solution remains unknown.  Such strategies may range from relying on a broker-carrier model where owner operators obtain motor carrier authority, to dispatch management, to converting to an employee model (assuming owner operators are willing to abandon their businesses), or even shutting down operations in California altogether.  Thoughtful and informed implementation is just as important to a defensible model when selecting the best option.  The legal developments to come will require thoughtful reactions.

Another aspect to watch out for is that recently independent contractors in Iowa, Oklahoma, Tennessee, and Utah have obtained class certification of claims alleging deceptive practices by a motor carrier under state consumer protection statutes.  Contractors argue that motor carriers often deceive drivers by promising monthly miles or revenue in the recruiting process that fails to materialize.  So, motor carriers should review all their recruiting materials and websites for such material promises of future income.  Got questions?  We are here to help!  Call NTA at (800) 805-0040 or visit www.ntassoc.com today.