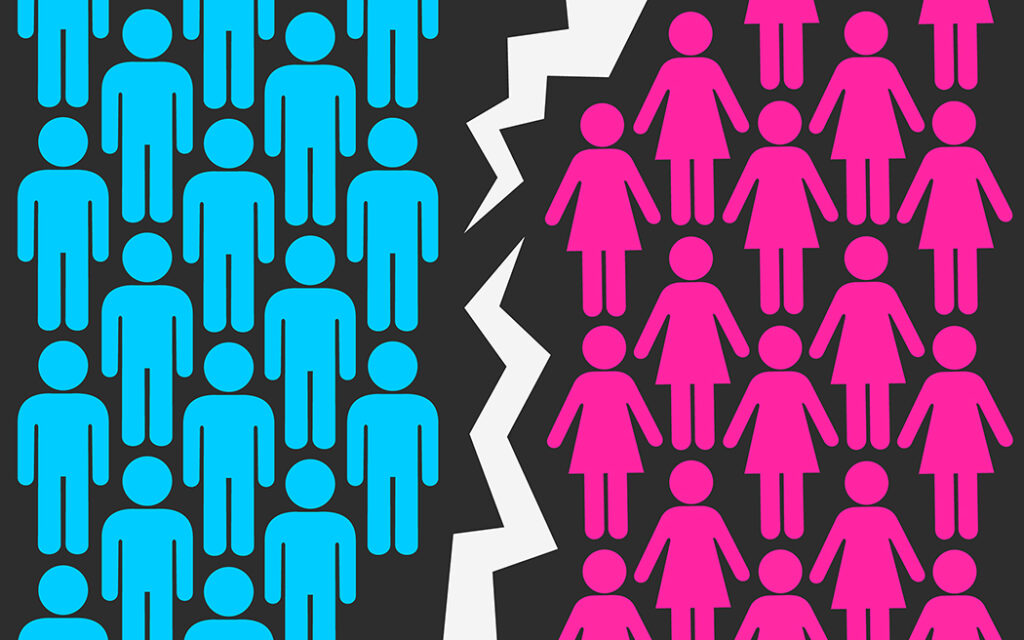 There has always been a competition between the sexes since Adam and Eve.  But it seemed to have come to a head on September 20, 1973.  That is when tennis pros Billie Jean King and Bobby Riggs held a tennis event called “The Battle of the Sexes” on television.  It was so monumental, they even made a movie about it in 2017.  It started with Bobby – he was the number one tennis pro in the 1930s and 1940s.  Bobby was a hustler and a con man.  He always thought that a woman was much weaker than a man and unable to perform as a professional sports figure.  Unfortunately, at that time, many people felt that way.  He was willing to play against any top seated women’s tennis player, even though he was 55 years old.  He was confident he would win easily.  Bobby knew how to heckle a player and throw them off their game.  The first match was with a top player named Margaret Court, and he did win.  He was on a roll and tried to set up another match, this time with Billie Jean King, who knew there was much riding on the match.  Professional women players did not make much money.  If she won, then she would be able to boost the popularity of women’s sports.  If she lost, it could set women’s sports back 50 years.  There was a lot on her shoulders.  In Billie Jean’s words, she said, “I’m taking the match seriously.  I love to win.  I welcome the responsibility and the pressure.  Bobby had better be ready.”  When the match aired on that fateful day, 50 million people watched on their televisions all around the world.  At the start of the event, Billie Jean came out riding on a litter like Cleopatra, being pulled by men, and Bobby came out on a rickshaw, pulled by women (it was quite the media spectacle).  The famed Howard Cosell called the match.  Everything was fun until the game began.  Both players were top notch, but Billie Jean won 6-4, 6-3, 6-3.  Billie Jean King was an advocate for equal pay for women athletes and her recognition in this match and promoting women’s rights extended, eventually, to the workplace and gender equality.  From the 1964 Civil Rights Act that did not mention gender discrimination to the 1972 Title IX law that did acknowledge discrimination, it is amazing to see just how long it took us to correct a wrong.  The same is true now.  It takes time and patience.  We are still changing our ways to correct and improve life.  It does take determination, so do not give up – we have to keep striving to be better until we succeed.

Tiltrans DAF XG on the road
The Boy Who Never Grew Up
Check Engine Lights & More!
The Great White North
Be Confident In Yourself