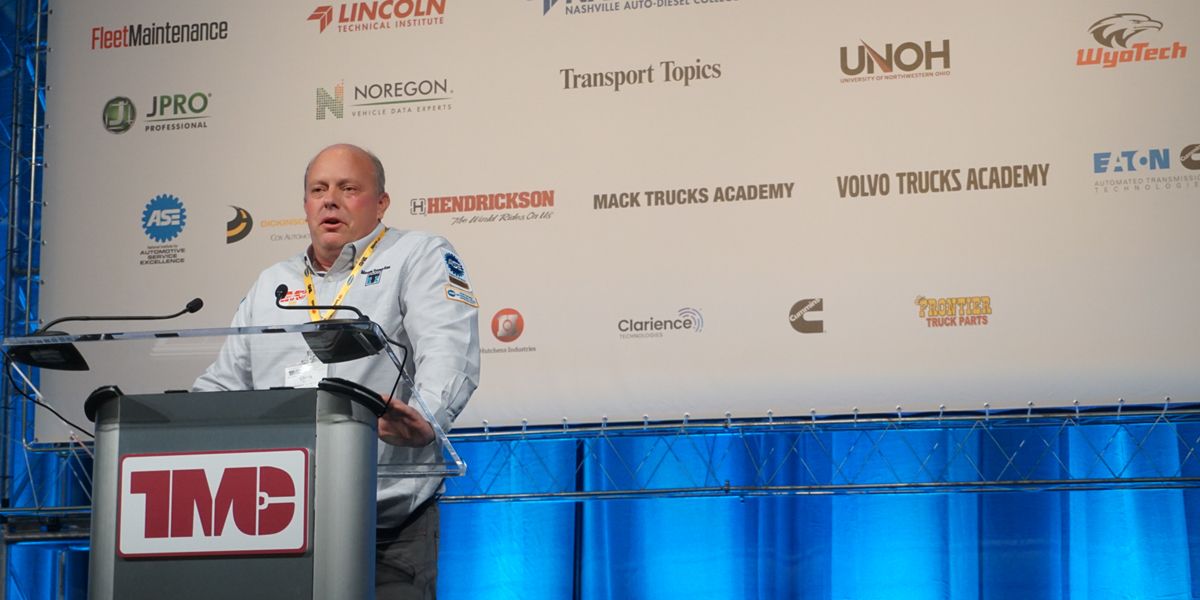 This was Tate’s second grand championship, having won the top spot last at TMC in 2009. He has competed in all 16 TMCSuperTech competitions since the competitions conception.

“This competition showcases the most skilled and knowledgeable truck technicians the industry has to offer, and this award is a testament to Chris’ professional talent and a distinguished milestone in his career as he wins his second Grand Championship title,” said TMC Executive Director Robert Braswell.

This year’s competition consisted of a one-day, one-track competition featuring a written test and 11 skills stations, organized in a table-top format.

Prizes were awarded to all winners during TMC’s awards luncheon ceremony at the Huntington Convention Center in Cleveland.