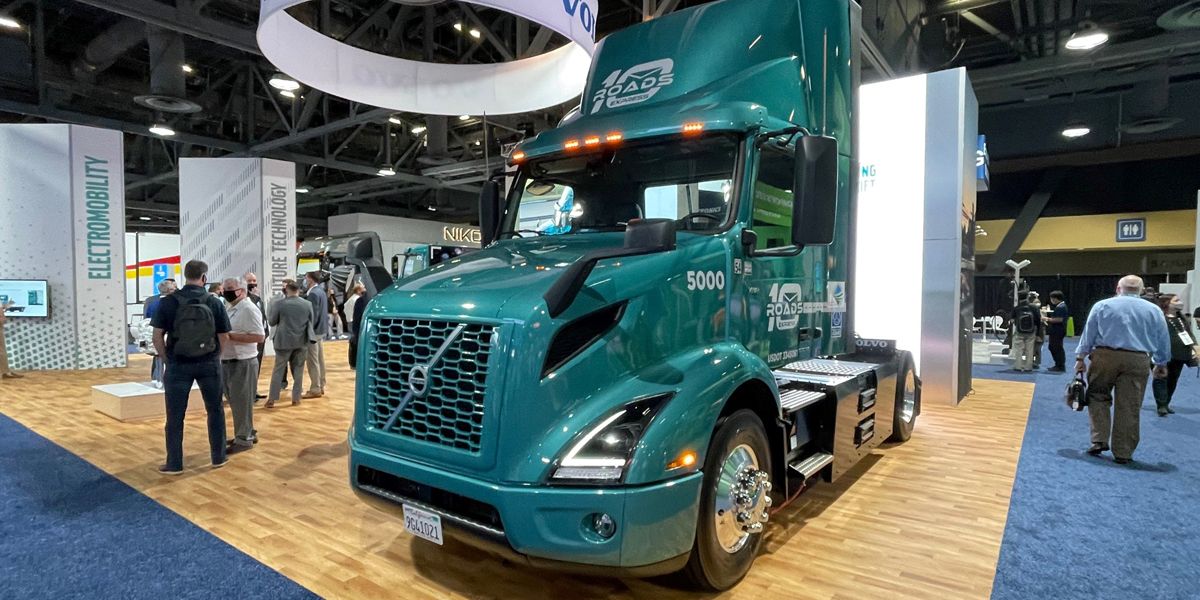 It was no surprise to see electric trucks dominating the discourse and the show floor during the Advanced Clean Transportation Expo, in Long Beach, California, Aug. 29 – Sept. 3, given ACT Expo bills itself as “the largest advanced transportation technology and clean fleet event.” But there are often unofficial, or unexpected, themes and trends that emerge during trade shows and conferences, and I wanted to talk about two here.

ACT Expo was one of the first trucking trade shows to take place since the COVID-19 lockdown began in the spring of 2020. But despite the fact that everyone at the show was out of practice when it comes to that old trade show grind, attendance was very good. Attendees seemed genuinely happy to be back out among their peers after 18 months off the road. And after a year and a half without trucking expos, there was plenty to see.

First off, for the first time ever, there was a definite prevailing sense of inevitability concerning the future deployment of electric trucks.

Pre-pandemic, electric trucks at trade shows were often concept vehicles and prototypes and were often spoken of in theoretical — sometimes in almost apologetic — terms. They were presented as a possible alternative (being driven by California emissions regulations, of course) that might happen in the future. Electric Class 8 trucks seemed like an option that a few fleets, in highly specialized applications, might buy at some point in the future. This messaging was usually accompanied by talk of range limitations and anxiety, infrastructure issues, and fretting over acquisition costs and grants.

But all that was different in Long Beach this year. Now the messaging is that electric trucks are in production, they’re in use now, and doing extremely well in many (if not most) cases. Many more fleets will soon be able to see for themselves what all the fuss is about.

On the other side of the narrative, charging infrastructure was hit upon repeatedly as the major stumbling block holding off large-scale deployment. But issues such as range and recharge times seem to have been demoted to the “it is what it is – deal with it” part of the conversation.

If the change in tenor on electric trucks was an undercurrent at the show, the message from Volvo Trucks was more dramatic.

There were signs that Volvo had decided to seize the moment ahead of the show. Lars Stenqvist, Volvo Group Chief Technology Officer, was originally scheduled to fly in from Sweden to deliver opening remarks on behalf of the OEM at the panel discussion that opened the show on the morning of Aug. 31. However, he was unable to obtain the necessary COVID-19 travel permits to make the trip.

That meant the task of outlining Volvo’s new mission to the North American trucking industry fell to Peter Voorhoeve, president and CEO of Volvo Trucks North America. Voorhoeve was more than up to the task, storming the show with multiple presentations, press conferences and private meetings during the day, and consistently hitting on a singular theme: Volvo intends to be a global leader in the transition to a “green” future, a green economy and green transportation technology.

The goals Voorhoeve laid out during ACT Expo clearly reflected that stance. He announced that Volvo was committing to having 35% of its new product portfolio to be battery-electric trucks, with 100% of the vehicles it builds to be zero emissions vehicles by 2040.

But more than the aggressive switchover to green vehicles, it was the tenor and tone of Voorhoeve’s remarks that caught my attention. Here, for the first time that I can recall, was the president of a global/North American truck OEM stating, forcefully and unequivocally, that the planet is in the midst of a climate crisis and that forceful action must be taken by everyone now – before it is too late.

In a private meeting with me later in the day, Voorhoeve was even more forceful, ticking off a list of global environmental disasters taking place, from massive wildfires, to super hurricanes, to flooding, to melting ice caps and historic drought, before asking rhetorically, “How many more real-time examples of climate disasters do deniers have to have before they admit we have a global crisis on our hands?”

In many ways, this is the moment in time Volvo was born to confront. From its founding in 1927, the company has cited safety, ecology and protecting the environment as paramount among its core principles. For many years, these values sounded quaint to American ears. But now, with every fleet in the country focused on safety, and green trucks coming online, it seems this transformative moment will be Volvo’s time to shine.

CORRECTION: This article has been corrected, 10 a.m. EDT Sept. 9, 2021, to indicate that it was Volvo Group Chief Technology Officer Lars Stenqvist who originally was scheduled to attend, not Roger Alm.