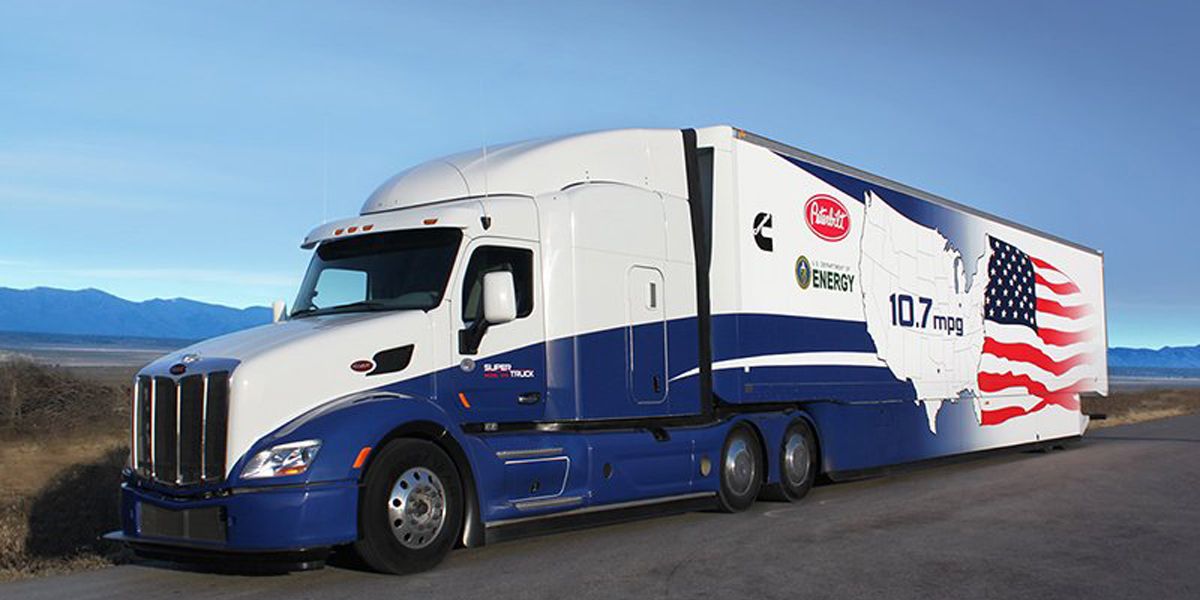 Cummins has been part of the DOE’s SuperTruck initiative since it began in 2010 with the goal to improve heavy-duty truck freight efficiency. BTE quantifies the fraction of the fuel’s chemical energy that is converted into useful work by the engine system, and acts as an important measurement of overall engine efficiency, Cummins officials said in a press release.

As the SuperTruck II program progresses, the Cummins engine with 55% BTE will integrate into a Peterbilt truck to ultimately demonstrate improvement in freight efficiency.

More than 200 Cummins employees supported the core SuperTruck team of 25 innovators, who inched toward the 55% BTE goal with incremental changes and improvements until finally reaching their goal in January.

“Getting to 55% BTE was about optimally moving the needle in many areas,” said Jon Dickson, Cummins principal investigator for the SuperTruck II initiative. “The interactions among the engine subsystems complicated defining how to operate each of these subsystems to reach the optimum engine performance. Achieving the final objective occurred with careful hardware selection and a month of optimization of the engine and Waste Heat Recovery systems at the test cell.”

Daniel Mohr, system integration lead for the Cummins SuperTruck project, says they will keep building on this success.

“We set out to meet aggressive engine-level targets, but we will not meet all our goals simply by increasing engine efficiency; we need to think about investigating the use of low carbon fuels– hydrogen, natural gas, and alcohols. This is our next focus.”

When the technologies developed under the SuperTruck I initiative hit the market, they are projected to save 7.9 million gallons of diesel fuel per day and reduce CO2 emissions by 33% from the 2009 baseline. SuperTruck II demonstrates a further 50% reduction in CO2 emissions, doubling efficiency.