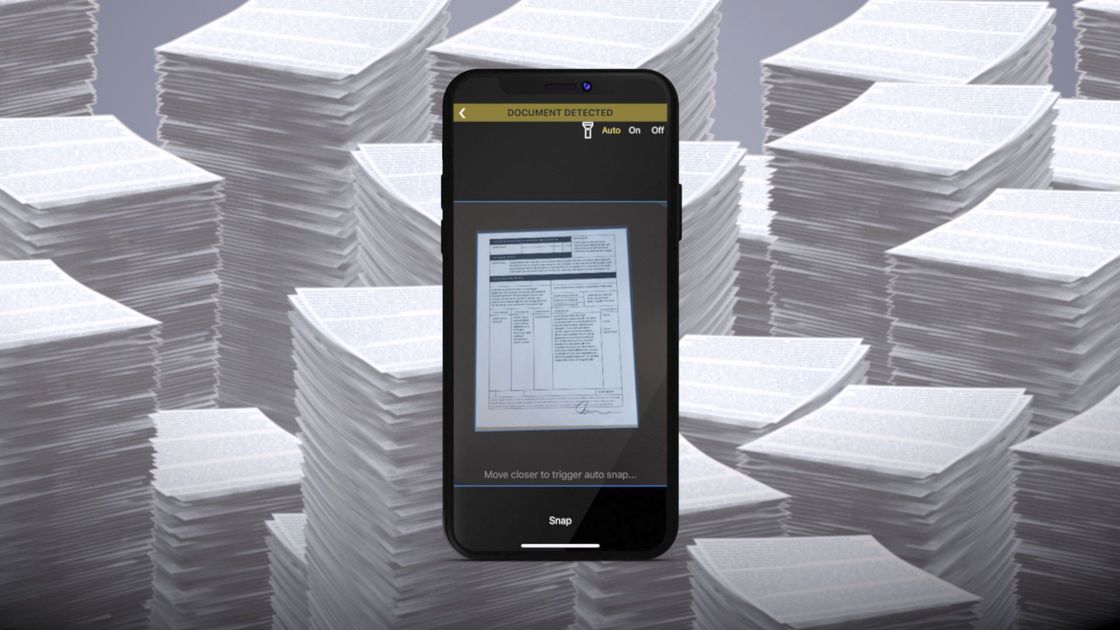 M2 Logistics, a Green Bay, Wisconsin-based third-party logistics provider and freight broker, began “a blitz” in April to bring at least 10% of its monthly 7,000 loads under so-called digitized documents and submission.

That meant transitioning freight documents, such as bills of lading and proofs of delivery, to digital file formats that can be sent via text message or email or using smartphone and tablet apps. For fleets, this could look like a driver scanning in an electronic POD after a load’s been dropped and submitting it through an app such as Transflo Mobile+, then the document being emailed immediately to someone in accounting or dispatch who could process the load paperwork and prepare an invoice for a shipper or broker.

The idea for M2 was to reduce the time it takes to receive those freight docs, and thus the time it takes to bill its shipper customers, explains Chief Financial Officer Don Kolczak. He hoped to cut the time back-office staff spends sorting, indexing, and filing those documents internally. M2 adopted Transflo Velocity as its platform, and Transflo worked with the 3PL to help get M2’s carriers on board with the program.

“A primary area we wanted to improve was getting paperwork in faster from the field,” Kolczak says. M2’s carriers and their drivers often weren’t filing paperwork needed for invoicing shipper customers for “11, 12 days, sometimes two weeks. That’s way too long.”

M2’s blitz included emails to its carrier base, stapling paper fliers to checks, adding notes on rate statements to dispatchers, and other outreach efforts. And it worked. By June, the company had gone from exactly zero loads with digitized freight docs to upwards of 700, surpassing the 10% goal. In the same time frame, the average number of days between the time a load was delivered and the time M2 was able to bill customers dropped from 12.7 days to just 9.4 days — for all loads companywide, not just those with digitized paperwork.

“It’s improved our cash flow,” Kolczak says. “It’s made our customers happier with us, since they’re not sitting waiting on invoices. And it’s helped improve our relationships with our carriers, because we’re not having to make those phone calls reminding them to get their paperwork in, which is an annoyance for everyone.”

M2’s move toward digitizing documents highlights a growing trend to modernize the paperwork processes by all parties involved in freight transactions, rather than relying on factoring services to file paperwork or waiting for drivers to physically deliver documents to offices or terminals.

It also points to the changing landscape for trucking fleets in their relationships with freight brokers and shippers, who increasingly are pressing carriers to adopt systems to scan hard-copy paperwork into digital files and transmit them electronically. This in no small part has been accelerated by COVID protocols instituted by shippers and receivers over the past 18 months.

But beyond simply scanning paper documents to circulate between the parties of a freight transaction, compiling digital load documents provides fleets with reams of useful data. That’s in addition to helping them invoice their shipper and broker customers more quickly and assist in driver payroll processing. It also streamlines mundane, time-sucking back-office tasks associated with managing such paperwork.

Document automation describes the process of freight documents being received, sorted, and indexed via a document management platform. Document intelligence describes the data fleets can garner by compiling those documents digitally.

In addition to using automated document programs to tackle the vital processes to get paid for loads hauled, fleets can leverage document automation and intelligence for driver payroll and longer-term storage. This can be invaluable if a liability issue arises, or in answering questions about a load hauled, the rate, and other accessorial charges during freight audits by shippers or brokers.

Doug Schrier, vice president of carrier solutions for Transflo, says it’s common for carriers that adopt document automation to see their days-to-invoice drop from an 11- to 12-day average to between 5 and 6 — in half.

“First, carriers are able to capture documents faster and begin getting invoices situated, which helps accelerate the time for billing a customer,” he explains. “Secondly, in the back-office component, documents can be automatically validated, docu-typed, and classified so invoices can be built and sent that much easier.”

Either from a driver’s phone or one of the 2,500 North American truck stop scanning locations in the Transflo Express network, an electronic BOL or POD can be captured and emailed to a central email address at a fleet, where it’s processed and stored.

Adopting document automation and intelligence systems can severely curtail the number of hours back-office staff spend on opening documents, classifying and coding them, and indexing them. Carriers can instead reallocate those resources to other areas of the business, such as safety and compliance or driver outreach and recruiting.

By digitizing freight documents and having information extracted via a doc management platform, fleets can ensure they’re being paid for charges like lumpers, detention fees, orders not used, and other freight accessorial services. That’s especially important when shippers perform freight audits, which can lead to questioning of such charges.

“When freight auditors validate if you’ve billed them correctly, they’ll never tell you if you’ve under-charged them,” Schrier says. “But they’ll always point out areas where you might have over-charged them or where they can’t find validation for a charge like lumpers or detention fees.”

By having time stamps pulled from proofs of delivery to validate detention charges, for example, or having lumper fee information extracted and stored from a scanned document, carriers can show proper documentation, validate the charges, and prevent billing issues in their own systems.

With the rise of contactless protocols at shipper and receiver facilities, some carriers and drivers last year might have been quick to turn to basic scanning applications on smartphones or taking photos and sending documents via text message.

However, these options, especially unverified smartphone applications, can make fleets susceptible to cybersecurity risks and malware episodes, according to Transflo. One popular free scanning app with upwards of 100 million downloads, for example, was found to have malicious software components. When installed on phones or tablets, it brought with it malware that would crawl other apps and data within that device.

For fleets that leverage in-cab tablets for driver communication, route planning, or ELD compliance, this obviously presents a worrisome prospect.

Likewise, simply taking photos and texting or emailing invoices removes the ability for fleets to properly process and compile documents in a management platform and enable them for information extraction — in addition to document security and data protection concerns.

More robust, fleet-focused applications ensure proper document protection and a closed system for securely sending and receiving freight docs. They also ward off potential for drivers to inadvertently download malware apps when trying to scan in an electronic BOL or POD to send back to their carrier or broker.

Systems such as Transflo Velocity come with standard integrations with transportation management systems such as Trimble TMW, McLeod, and others. That’s in addition to Transflo’s own management and workflow platform, which can be integrated into fleets’ accounting platforms and other operations systems.

However, integrations with brokers’ and shippers’ systems increasingly are becoming a requisite for doing business. Also, as a carrier, you become more attractive for a broker or shipper to work, simply by having these processes automated and integrated.

Fleets not streamlining document management put themselves at a competitive disadvantage, Schrier contends. “It can be an area of margin improvement. You’ll be making money in an area where your competitor isn’t — or vice versa, you’ll be losing out where they’ve added to their operational profits.”