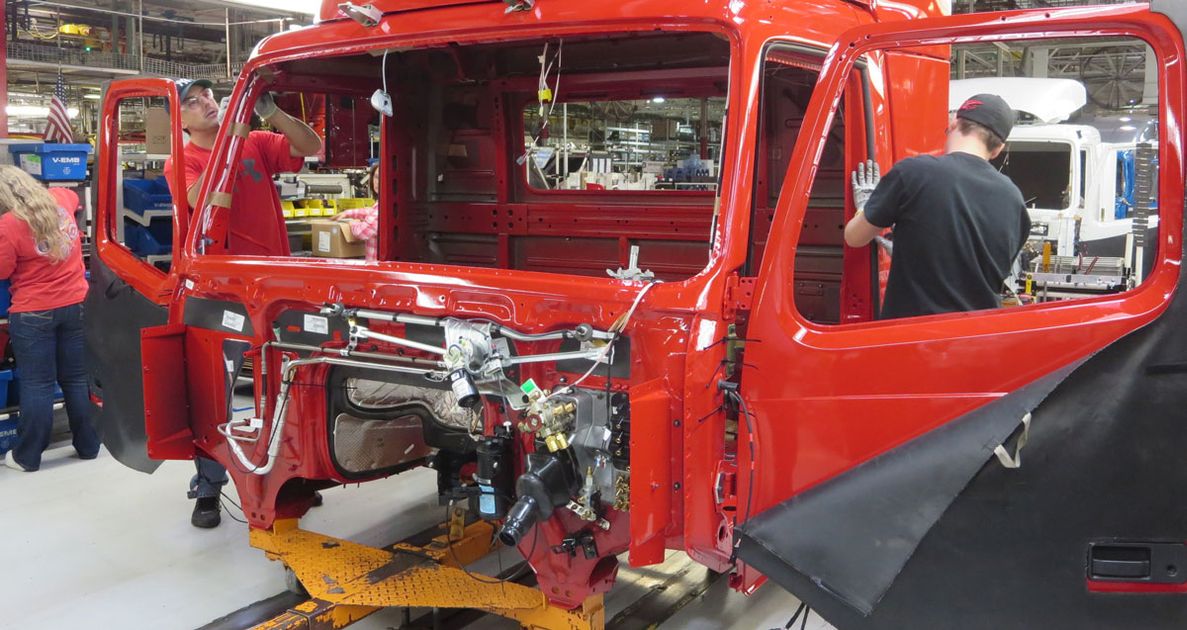 Volvo Trucks North America announced that it will re-start production at its New River Valley truck assembly plant under the terms of a six-year contract that was rejected by workers on July 9.

It was the third time union workers rejected a tentative labor agreement between United Auto Workers leadership and Volvo Trucks North America. The NRV plant in Dublin, Virginia employs more than 3,300 people, about 2,900 of whom are UAW members.

In a July 11 press release, Volvo announced, “after reaching an impasse today in discussions with United Auto Workers negotiators regarding a new contract for the company’s New River Valley plant, Volvo Trucks North America will on July 12, 2021, implement the terms and conditions of the tentative agreement endorsed by UAW leaders on July 1, 2021. Any employees who return to work on July 12 or thereafter will immediately receive the wage increases and benefits outlined in the July 1 agreement, except for the ratification bonuses that would be paid on contract ratification.”

The previous five-year contract expired in mid-March, and production stopped April 17 after a 30-day extension expired without an agreement. It was the first such strike for Volvo since 2008. A tentative agreement was reached April 30 and production resumed May 3, but that agreement was soundly rejected by the rank and file on May 16. On June 6, union members rejected a new six-year labor agreement. Workers went on strike again on June 7.

This version of the agreement was not rejected as soundly as the previous two. On hourly and common language, 40% voted to approve the agreement. On salary language it was 33%.

“We need to safeguard our future, and start building trucks for the many customers and dealers whose businesses and livelihoods depend on our products,” said NRV Vice President and General Manager Franky Marchand. “Our last offer delivered significant wage gains and first-class benefits for our employees, and 40% of UAW voters supported it. We look forward to welcoming employees back to the plant, and to getting back to building the industry’s best heavy-duty trucks.”

After the contract was rejected, Marchand said in a statement, “Given the significant wage gains and first-class benefits this agreement delivered, and the strong support it garnered from UAW leadership at every level, this outcome is unexpected and very disappointing. …The ongoing strike – which we continue to believe is unnecessary – is hurting our customers, and has already set back our project to expand and upgrade the facility. No one is gaining from the current situation, and we will consider all options related to the bargaining process.”

Marchand was referring to a $400 million investment for advanced technology upgrades, site expansion and preparation for future products, including the new Volvo VNR Electric truck, which the company is in the midst of.

In its Facebook page, UAW Local 2069 on July 11 said, “there is no more negotiating” and the union will have another ratification vote on Wednesday, July 11. Another letter on the Facebook page asked members not to cross the picket line until that vote has been held.

“We are still on strike until further notice,” said the letter from Matt Blondino, Local 2069 president. “We will have a ratification vote on Wednesday, July 14…. If ratified we could possibly return to work between Thursday, July 15, 2021, to Monday, July 19, 2021.”

In the comments on that post, Missy Edwards, election committee chair for the Local, wrote, “if this fails, we will still go back to work under [tentative agreement 3]. Unfair labor charges will be filed against the company, and we will see what comes of that. Several scenarios are possible and could take months or years to resolve.”