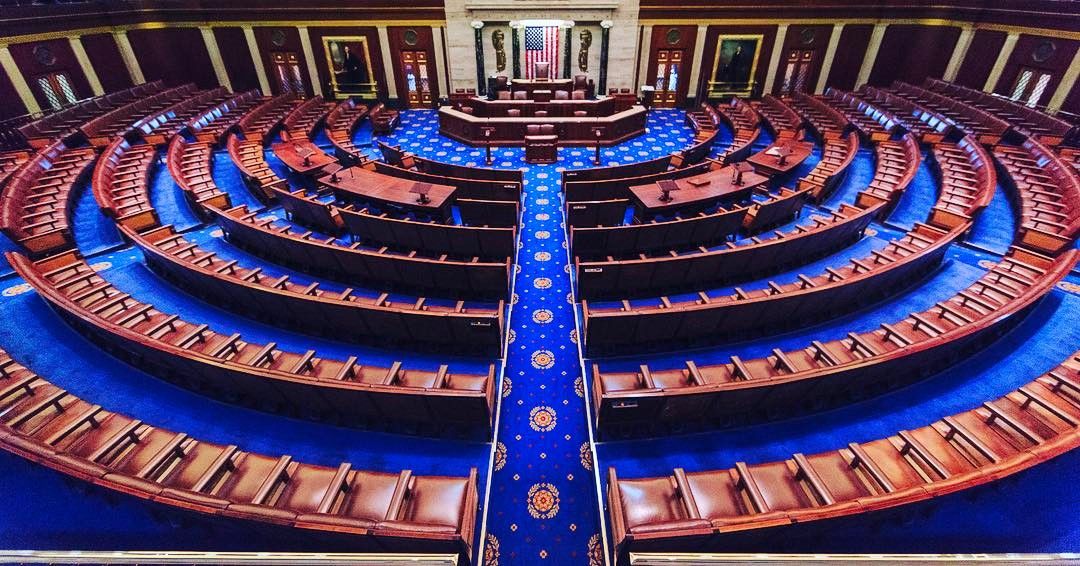 In a mostly party-line vote of 222-201, the U.S. House of Representatives approved a $715 billion, five-year transportation bill on July 1, just before the July 4 recess.

Introduced less than a month ago by Rep. Peter DeFazio, D-Oregon, the Investing in a New Vision for the Environment and Surface Transportation in America Act (the INVEST in America Act for short), would spend $343 billion on roads, bridges and safety, $109 billion on transit, and $95 billion to passenger and freight rail. It would also commit $117 billion to drinking water infrastructure and more than $51 billion to wastewater infrastructure.

The bill is similar to last year’s INVEST in America Act, approved by the House in the last Congress but which failed to advance to the Senate.

This is the latest version of the classic five-year “highway bill.” It’s unlikely it will get through the Senate in its current form, although there is talk of using the budget reconciliation process to pass a Democrat-supported bill in the Senate. Others want to wait and see what happens with more bipartisan measures.

The Senate is working on its own bill, the bipartisan Surface Transportation Investment Act of 2021. That bill, while it does not include an increase in minimum insurance, calls for an automatic emergency braking mandate, language involving side underride guards, and the DRIVE-Safe Act setting up a pilot program for younger truck drivers.

Among other provisions, the INVEST in America Act:

The American Association of State Highway and Transportation Officials called the bill “a major step toward reauthorization of the federal surface transportation program,” said Jim Tymon, AASHTO executive director, in a statement.

“With infrastructure investment being the top national priority, AASHTO continues to call for a bipartisan bill that strengthens and builds upon formula-based funding to states, while maintaining the flexibility necessary to allow states to deliver national transportation priorities including equity; resiliency; carbon reduction; safety for all roadway users; improving project delivery; and maintaining and improving their transportation assets.”

A group called Transportation for America, an advocacy organization made up of local, regional and state leaders, praised the bill, calling it “an overdue paradigm shift toward accomplishing measurable outcomes that prioritizes repair, safety, and access.” It hits the group’s core principles: It prioritizes maintenance, addresses safety concerns related to things such as how states set speed limits, and addresses how well the transportation system connects people to jobs and the things they need.

“We congratulate the House of Representatives for passing the INVEST Act, a transportation bill that commits to a fix it first approach, prioritizing safety over speed, and connecting people to jobs and essential services—whether they drive or not,” said Beth Osborne, director of Transportation for America.

American Trucking Associations President and CEO Chris Spear said in a statement that the bill is “a significant step toward enacting the kind of comprehensive infrastructure package our nation needs. The investments in this bill will enable the country to grow, not just economically, but they will improve safety and the environment….We encourage the Senate to advance companion legislation this summer, and ATA will support these critical investments while working to improve upon it throughout the legislative process.”

The Teamsters Union applauded the bill, saying that not only would the nation’s roads, bridges, transit, rail, and water infrastructure receive the federal investment they need, but it would also put in place “critical labor and safety reforms for transportation workers.”

A new motor carrier accountability provision added through an amendment would require all motor carriers to certify that they comply with all labor and safety laws prior to renewing or acquiring their registration with the U.S. Department of Transportation.

“Under this new legislation, Amazon, its Delivery Service Partners, and other trucking companies across the country, would be responsible for any labor law and workplace safety violations when they apply for their DOT registration,” said Teamsters chief James Hoffa.

The provision also requires the DOT to formally study the correlation between compensation and safety in all trucking and delivery operations nationwide, noted the Teamsters.

The Owner-Operator Independent Drivers Association, however, called the bill “a vote against truckers,” citing provisions such as a 167% increase to minimum insurance on motor carriers, from $750,000 to $2 million.

Groups representing travel centers and other fuel retailers weren’t happy about some of the bill’s provisions.

“Such commercial services at rest areas have been shown to reduce private investment in those services at interstate exits resulting in less, not more, of those offerings for motorists,” the groups said.