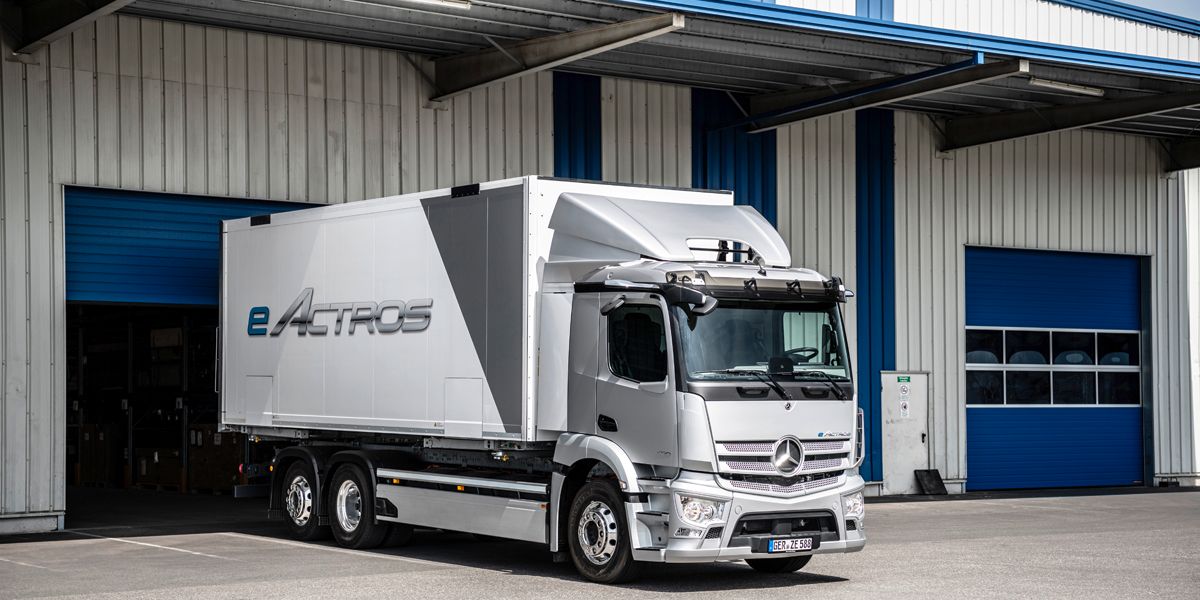 Mercedes-Benz Trucks presented the concept vehicle for a heavy-duty distribution haulage truck for urban areas in 2016. By 2018, the manufacturers performed practical testing of ten eActros prototypes in co-operation with customers Europe.

Now, with improvements to range, drive power and safety features, Mercedes-Benz Trucks has announced that the trucks are series-ready. In the initial series production, the trucks will be available in in Germany, Austria, Switzerland, Italy, Spain, France, the Netherlands, Belgium, Great Britain, Denmark, Norway and Sweden. Further markets will follow, Daimler officials said in a press release.

At the technological heart of the eActros is the drive unit with two integrated electric motors along with a two-speed transmission. Depending on the version, the eActros draws its power from three or four battery packs – each with a capacity of around 105 kWh.

Thanks to a maximum capacity of 420 kWh, a range of up to 400 kilometres is realistic. The eActros can be charged with up to 160 kW. When connected to a regular 400A DC charging station, the three battery packs need a little longer than one hour to charge from 20% to 80%.

In order to assist haulage companies step-by-step as they switch to electromobility, Mercedes-Benz Trucks has incorporated the eActros into a comprehensive system which includes consultant and service products for customer.

From Fall 2021 the series production model will be produced in Mercedes-Benz Trucks’ largest truck assembly plant in Wörth am Rhein, Germany. In recent months intensive preparations have been made for the new production processes there. This includes the construction of a new assembly line.