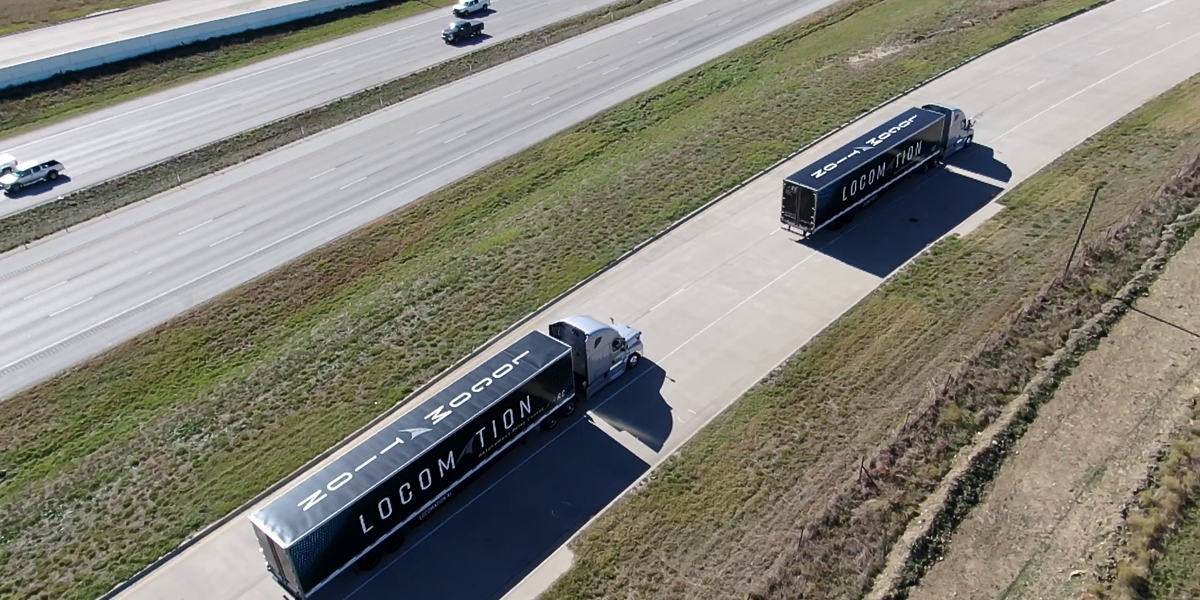 Locomation has entered into a multi-year agreement with PGT Trucking to deploy Locomation autonomous truck technology for use on PGT Trucking routes.

During the eight-year partnership, PGT Trucking will deploy 1,000 Autonomous Relay Convoy (ARC) systems on over 30 separate ARC segments. ARC enables one driver to pilot a lead truck equipped with technology augmentation while a follower truck operates in tandem through Locomation’s fully autonomous system. This allows the follower driver to log off and rest while the truck is in motion.

“We’ve built our ARC technology and network strategy to leverage the value of long-established trucking routes and systems, and PGT Trucking is a great fit for operating a supply chain custom built for autonomous trucks,” said Çetin Meriçli, Locomation’s co-founder and CEO, in a press release.

Under the terms of the agreement Locomation will initially provide a two-truck convoy with safety staff and will work in tandem with the PGT Trucking operations team to execute the most efficient freight movements possible, Locomation officials said.

Last year, Wilson Logistics also struck a deal with Locomation to equip more than 1,100 tractors with the technology starting in 2022 after a successful eight-day pilot program. Darrel Wilson, founder and CEO of Wilson Logistics was named a 2020 HDT Truck Fleet Innovator.

At full commercialization, Locomation’s autonomous vehicle technology is expected to produce an estimated 30% reduction in operating cost per mile, including an 8% reduction in fuel expense that removes over 40 metric tons of carbon dioxide from the air per convoy annually, according to the company.

PGT Trucking is a multi-service transportation firm offering flatbed, dedicated, international and specialized services. PGT operates in excess of 1,000 power units and over 1,500 trailers nationwide and is headquartered in Aliquippa, Pennsylvania. Locomation is a Pittsburgh-based autonomous trucking technology company founded in 2018.