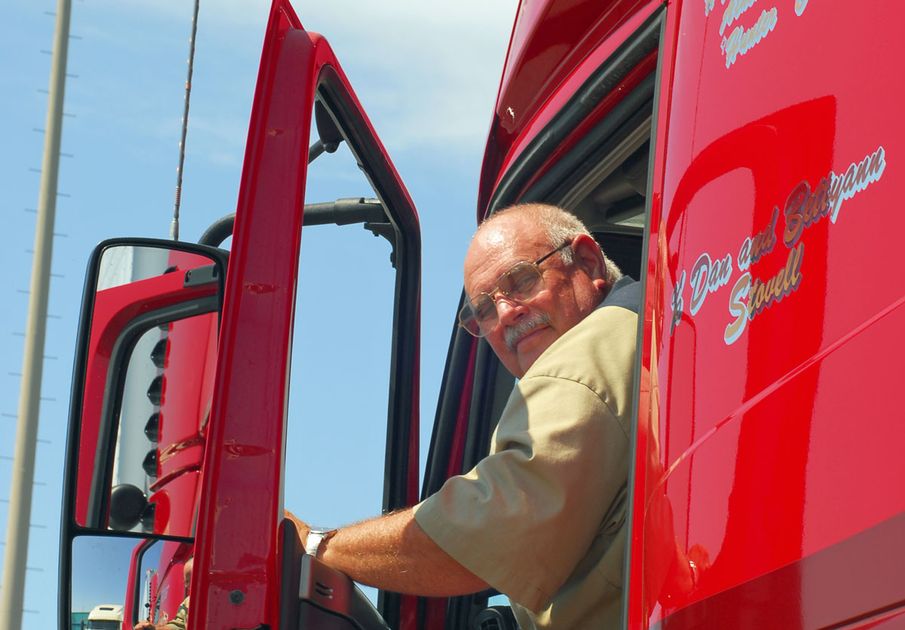 I have a soft spot for independent contractors. I spent my first eight years covering the trucking industry for a publication for owner-operators. I was an independent contractor myself for many years when I first went to work for HDT as a writer. They were my main client, but I loved the flexibility of no one keeping track of when I came to work and when I left, of writing for other publications on non-trucking topics such as food, healthcare, real estate, and parenting.

So I believe President Joe Biden and his administration have a big blind spot when it comes to labor issues. He seems to think that labor unions are the only answer, and that independent contractors are all like exploited sweatshop workers.

Are there workers who are “misclassified” as independent contractors and taken advantage of? Sure. Including in the trucking industry. I heard many horror stories of abusive lease-purchase programs in my years writing for owner-operators.

But a great many independent contractors, inside trucking and out, don’t want to be employees. They value the freedom and entreprenuerial spirit that working primarily, or even entirely, for a single company as a contractor offers, while it also provides some stability in having regular work.

That’s why it’s frustrating to have to report on recent developments that could make it far more difficult for the trucking industry, and other industries that rely on independent contractors (including journalism, by the way).

California and the ABC Test

In California, the California Trucking Association has asked the Ninth Circuit Court to rehear its challenge to the state’s controversial AB5 law, which would make it extremely difficult for trucking companies to use owner-operators.

That law required the use of an ABC test for determining who is an employee and who is an independent contractor. The B prong of that test requires that contractors perform work “outside the usual course of the hiring entity’s business.”

CTA filed suit against the law, and as the law was getting ready to go into effect in January 2020, a judge granted a preliminary injunction prohibiting enforcement of the law against trucking while the suit was being considered.

At issue is whether the California law is pre-empted by the Federal Aviation Administration Authorization Act of 1994, which prohibits states from passing laws that “interfere with prices, routes and services” of motor carriers.

Legal experts believe the fight over AB5 could go on in the appellate courts for the next two years and potentially reach the U.S. Supreme Court. It’s going to be messy, because another appellate court ruled the opposite in a similar case.

As this commentary on www.whoismyemployee.com notes, on the other side of the country in 2016, the First Circuit ruled that the FAAAA preempts Massachusetts’ ABC Test because of its effect on prices, routes, and service, when applied to trucking. “So what happens now? How can one federal law simultaneously mean two different things?”

The writer Todd Lebowitz, said he would bet on the Supreme Court taking it up at some point.

“The owner-operator model in the trucking industry is so well-established and has been permitted for so long under federal law that it seems impossible for the Supreme Court to allow the FAAAA to mean two different things in two different states.”

And then there’s the PRO Act, or the Protecting the Right to Organize Act, which has passed the House and stalled in the Senate. Many in trucking say it includes a dangerous national version of California’s AB5.

“The PRO Act focuses on labor organizing and union rights,” explained OOIDA Director of Legislative Affairs Bryce Mongeon on the association’s “Live From Exit 24” internet talk show. “For our purposes, it determines who is an employee and who is a contractor. Our concern is that it would expand the definition of who is an employee.”

Observers say the PRO Act is unlikely to pass the Senate, where there must be 60 votes to overcome a filibuster that may be proposed by opponents of the bill. Democrats would have a hard time finding 10 Republicans to support the bill.

In an opinion column on Reason, Scott Shackford wrote of the apparent disconnect between President Joe Biden’s aim to “create millions of good paying jobs” with the American Jobs Plan and his support of the PRO Act. “Biden can say that he wants to create new jobs all he likes, but the only jobs that the PRO Act actually cares about are union jobs. The bill is actively hostile to jobs that aren’t unionized.”

Meanwhile, buried in the fine print of a proposal from Senate Democrats Ron Wyden of Oregon and Michael Bennet of Colorado to reform the nation’s unemployment insurance system is a requirement for states to adopt the restrictive California version of the ABC test, according to Fisher Phillips law firm in an article on J.D. Supra.

The proposal does not appear to have been officially introduced as a bill, and I’m trying to determine its fate, but a “discussion draft” is available here.

Even if it didn’t make it into an actual bill, it’s a good example of how independent contractors are under attack.

In addition, the U.S. Department of Labor has withdrawn a new definition of independent contractor that was published shortly before the end of the Trump administration. That rule, hailed by many in the trucking industry, would have made it easier to show workers were independent contractors rather than employees bound by the Fair Labor Standards Act.

The Fair Labor Standards Act sets forth laws regarding minimum wage and overtime requirements, and also affects issues such as benefits and workers compensation. It applies only to employees, not to independent contractors. But the law’s definitions of “employee” are extremely broad, and the Trump administration DOL aimed to clarify it.

The withdrawn rule set forth an “economic reality” test to determine a worker’s status as an employee or an independent contractor, looking at two “core factors:” Nature and degree of control over work, and opportunity for profit or loss based on initiative and/or investment. It also addressed in its preamble issues relevant to the traditional leased owner-operator model in trucking, including long-term relationships between parties, the issue of how safety and other government mandates may affect the contractor relationship, and that piece rates (e.g., pay by load or mile) would not conclusively define IC status.

“As we’ve seen with the disastrous roll out of the ABC test in California, the implementation of one-size-fits-all rules for worker classification just won’t work in the trucking industry,” said Lewie Pugh, executive vice president of the Owner-Operator Independent Drivers Association, in a statement on the Labor Department’s actions.

We can expect more attacks on the independent contractor model. In an interview with Reuters in late April, Secretary of Labor Marty Walsh said that “in a lot of cases, gig workers should be classified as employees.”

Why does the classification of gig workers such as Uber and DoorDash drivers matter to trucking? It was a gig worker case that resulted in the California Supreme Court decision calling for the ABC test that ultimately was codified into the AB5 law.