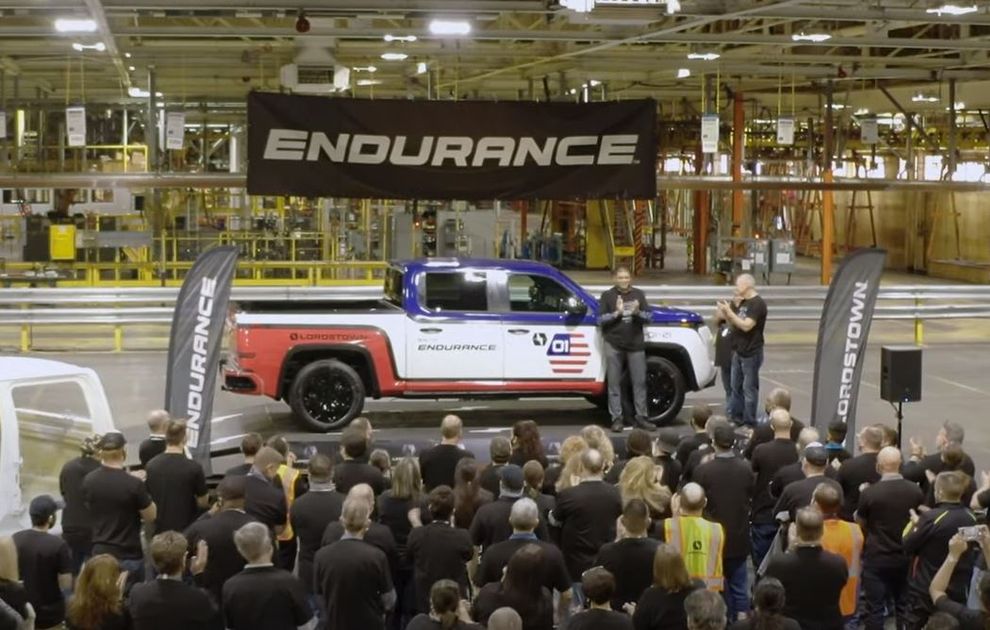 On March 31, Lordstown Motors rolled the first two beta versions of its Endurance electric pickup off the manufacturing line. The betas were unveiled to the applause of Lordstown HQ employees.

“They are critical to our success as we push ahead producing the rest of our 57 Betas and dedicating our energies to beginning mass production this September,” the company said in a statement.

The release of the beta models comes at a critical juncture for the upstart automaker. The last 12 months saw a flurry of activity that included announcements on preorders, gaining a GSA listing, establishing a sales and service network, and opening a West Coast facility in Irvine, California. The company went public through a SPAC merger in August 2020.

Lordstown got hit with a short-seller report by Hindenburg Research on March 12, which questioned the validity of the preorders and contended that the company was “an estimated 3-4 years away from production.” As a result, the stock tumbled from a high of $30.75 on Feb. 11 to $11.74 on March 31.

Lordstown has reiterated its launch date of September 2021. Later in April, the Endurance will participate in the San Felipe 250 rally in Baja, Mexico.