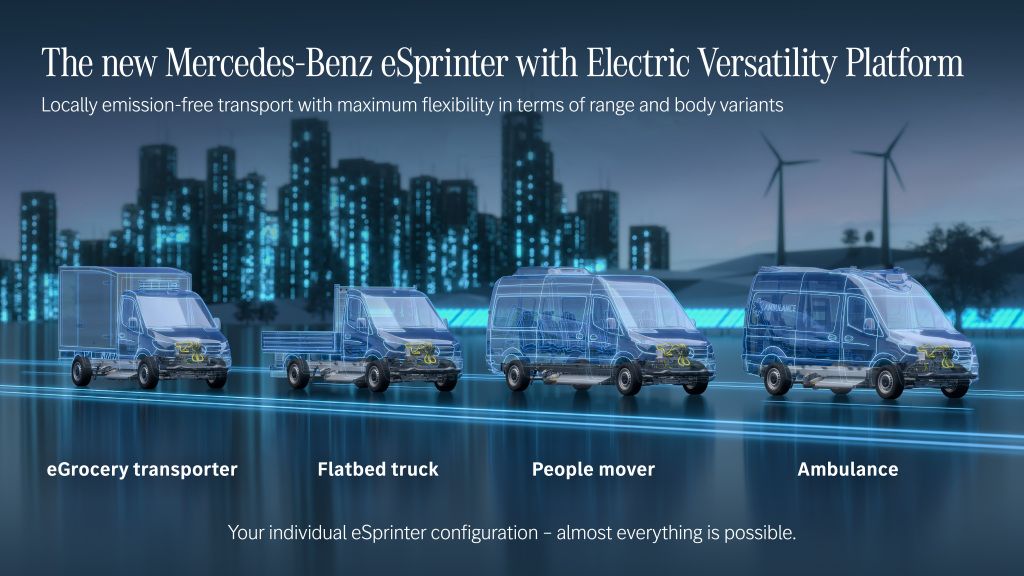 In the announcement, Mercedes reiterated its intention to start eSprinter production in the second half of 2023.

In December, Mercedes announced that the new eSprinter will have three battery options and various body configurations, including a cutaway chassis model suitable for ambulances, motorhomes or refrigerated transporters.

The U.S. is the second largest market for Sprinter vans, after Germany. The current European eSprinter comes with a 114-hp electric motor powering the front wheels and a choice of either a 35- or 47-kWh battery pack.

As early as 2022, Mercedes’ passenger car and van plants will produce vehicles carbon-neutral worldwide. Mercedes-Benz Vans intends to only use electric energy from renewable sources in all its plants, the company said.

Our Epic Ford F-150 Lightning Alaska Trip Is On! Check out Day 1 & 2
2017 GMC Sierra eAssist Hybrid: Everything You Ever Wanted to Know
1000 point test 2021
These Are the LEAST (and MOST Safe) New Trucks You Can Buy Today!
The New VW California Is The Coolest Van You Can’t Buy & Here’s Why!