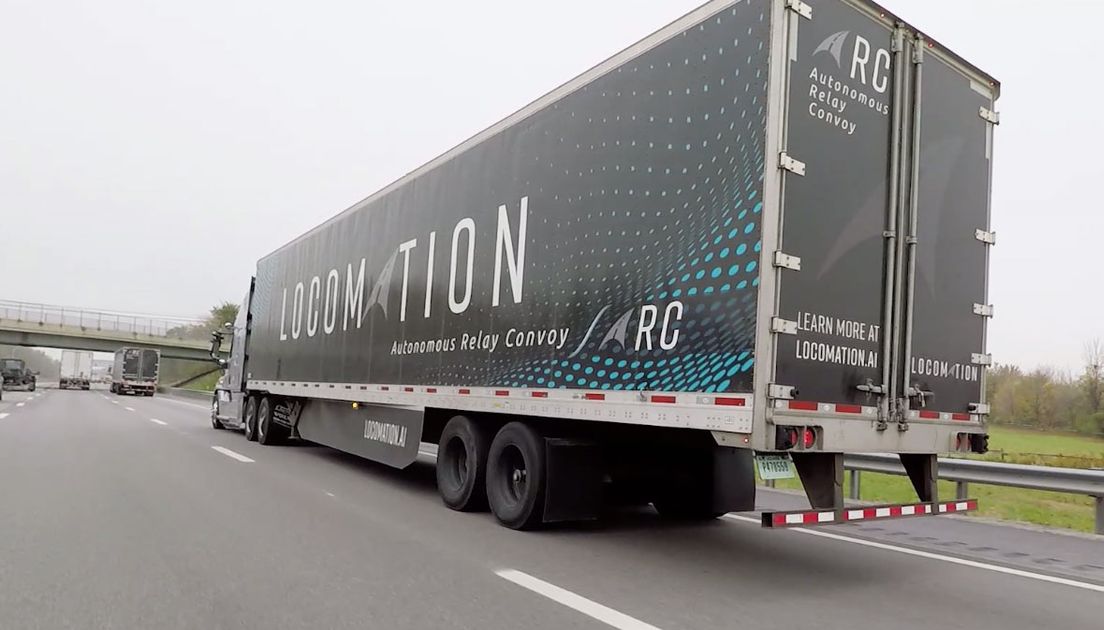 Meera Joshi, the new acting administrator of the Federal Motor Carrier Safety Administration, made headlines recently with her comments about how autonomous truck technology would affect truck-driving jobs, saying “there are real and broad impacts [of] automation on peoples’ livelihoods.”

“I don’t think that Deputy Administrator Joshi’s comments were wrong. I think the perception of them is wrong,” said Finch Fulton with Locomation, speaking with HDT Equipment Editor Jim Park on a special report edition of the HDT Talks Trucking podcast.

Fulton is vice president of policy and strategy for Locomation, a company that’s developing a different type of truck automation. Before that, he spent four years at the U.S. Department of Transportation as the deputy assistant secretary of transportation policy.

“What she said is, we can argue about scope and timeline, but what we can’t argue about is that this is a reality that there will be a major shift in workforce. And then later on, she said, if it’s your livelihood that seems like it’s being threatened, it’s an immediate problem. So that word ‘seems’ really is where the focus is, because it can seem like it’s threatened – but it probably isn’t.”

In fact, Fulton contends that the jobs of current truckers are not likely to be threatened.

“If you’re a truck driver today, you are unlikely to lose your job due to automation,” he said. “And there’s a number of reasons why. And I think it’s important people to understand that and understand why they should still be entering this profession, why it’s still such a valuable profession, why there’s a shortage and why, if you want to invest in your career, this is a good place to do it.”

The podcast explores why these impressions exist that self-driving trucks will have a near-term impact on truck driving as a career.

“There is no fully autonomous truck that’s ready to be deployed nationwide, especially in a version that is cost-affordable,” Fulton notes. And autonomous trucks likely will have limited application, at least at first, such as down a limited-access highway.

“There’s so many things that a human does, that’s common sensical that these machines aren’t ready to do yet. It makes sense to keep a human as a core part of the functionality and of the safety of these operations. I think you’re looking at a long progression, as long as you’re keeping safety on the forefront, for the development of the systems and figuring out, truck drivers do a lot of things that machines aren’t at all ready to handle.”

Fulton also pointed to the fact that the vast majority of trucking companies are small ones. “I think many people don’t understand that 97% of trucking companies in the U.S. have 20 or fewer trucks; 90% operate six or fewer trucks. … The mom-and-pop trucking operations, the 97% of the trucking industry, don’t have that money ready to invest in these millions and millions and millions of dollars for automated trucking equipment.” It will take quite a while for autonomous-tech trucks purchased by large fleets to filter into the used-truck market where they will be found in smaller fleets.

The podcast also explores the issue of the driver shortage. Autonomous-truck-technology proponents have pointed to the driver shortage issue as a reason for bringing in more autonomy. Locomation is developing a semi-autonomous convoy concept, which it calls Autonomous Relay Convoy (ARC). Two tractor-trailers operate in a convoy or tandem configuration (platooning). A human driver is at the wheel of the lead truck, while the following truck is operated by Locomation’s proprietary fully autonomous control system.

For more of Jim Park’s conversation with Finch Fulton and other episodes, subscribe to the HDT Talks Trucking podcast on your favorite podcast platform or listen at www.truckinginfo.com/podcasts.