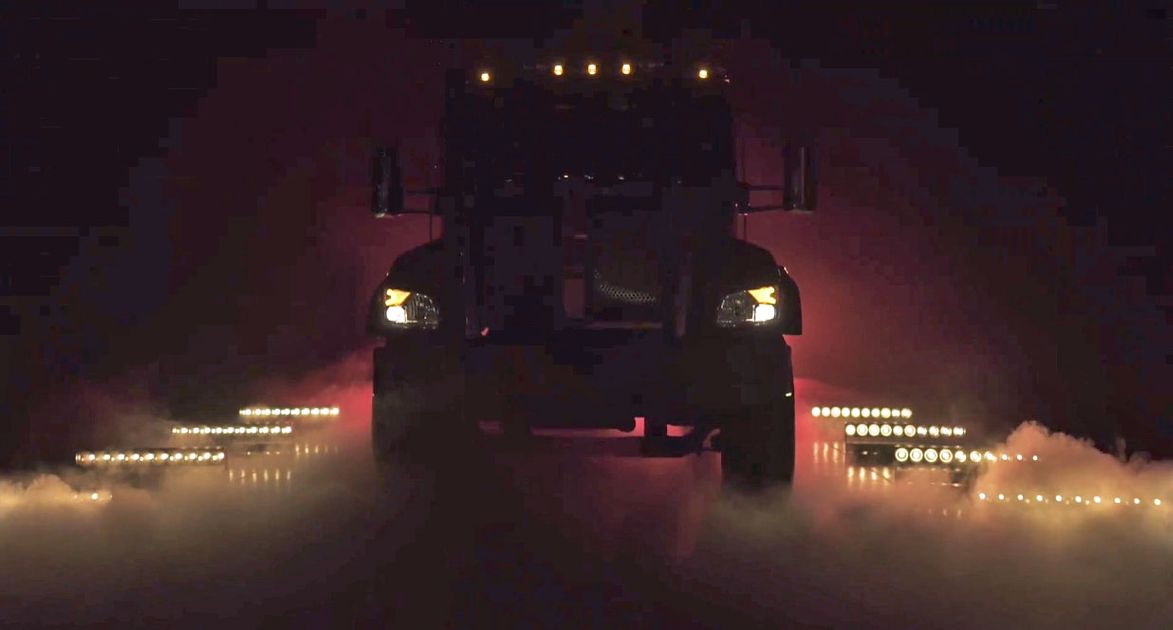 Kenworth told Work Truck Week attendees that it has enhanced its MX engines for 2021, improving fuel economy and durability – and teased a new medium-duty truck to be introduced soon.

In a virtual chassis update March 11, Brandon Singh, vocational marketing manager, highlighted some of the changes to the new Next Generation T680 introduced recently, as well as some features that will be appearing on Kenworth’s other heavy-duty models, including the new 15-inch digital display, an updated smartwheel (which has programmable telltales for vocational customers), and new cab interior colors.

But he spent the most time on highlighting the enhanced MX-11 and MX-13 engines, which of course are also available in Peterbilt trucks.

Changes to the base engine, diagnostics, and emissions resulted in several enhancements and technological advantages – including an up to 2.5% fuel economy improvement over the EPA-2017 models.

Paccar enhanced its performance and durability testing, including increasing its test hours from 4,000 to 8,000 – the equivalent of 1 million-plus miles, Singh said.

Some of the enhancements that have improved reliability, fuel efficiency, and emissions include:

• upgraded emissions sensors that will perform better in inclement weather

• updated turbocharger that is smaller and more efficient for improved responsiveness and reduced combustion noise.

The MX-13 offers increased downspeeding; it’s now capable of cruising at 1,050 rpm with a 2.47 rear axle ratio in Kenworth aero models such as the Next Generation T680.