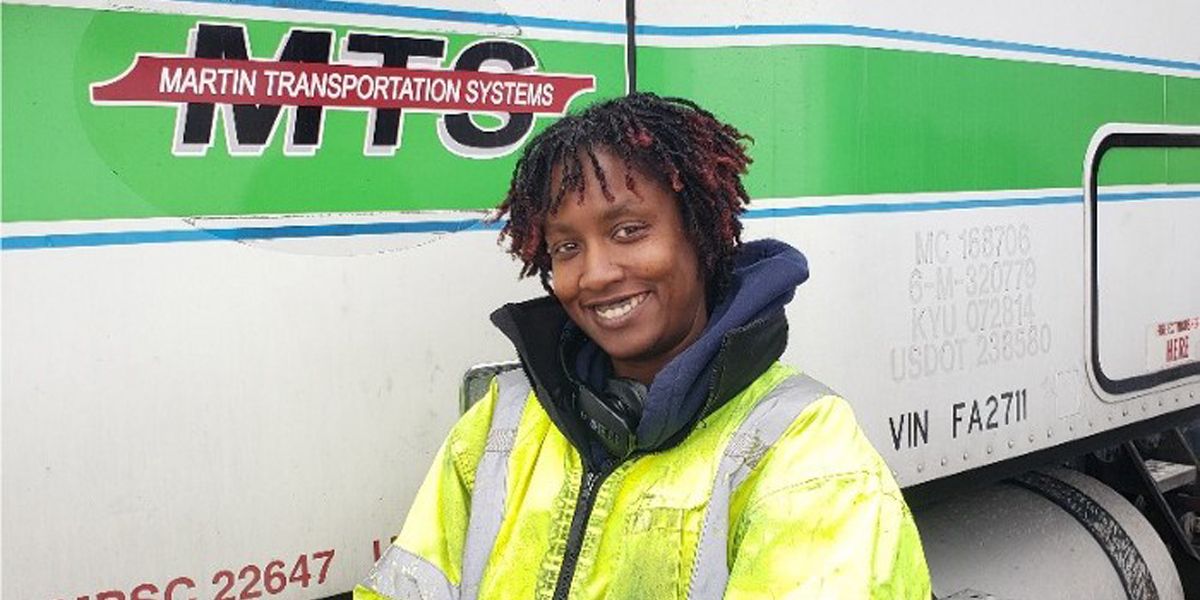 Rountree makes daily round trip deliveries from Ohio to Kentucky and is a second-generation truck driver. Her father drove trucks in the military and later started team driving with his wife. Rountree would get to ride along in the truck with her father on trips from Ohio to other states, including California and Florida.

Holmes first started driving in 1999. During his work week, depending on what needs to be delivered, Holmes usually drives to the Cleveland, Ohio, area as well as Louisville, Kentucky. While on the road, he says he is committed to safety. He always stays alert and drives defensively.

Bibbs started in the industry at Schneider, then joined U.S. Xpress team almost a year ago. At U.S. Xpress, he is a member of the company’s Diversity and Inclusion Council. He is dedicated to changing the narrative within the historically Black colleges and universities (HBCU) community by speaking to classes to enlighten students about the career opportunities the trucking industry has to offer, Bibbs told TMAF.

Paul has been a professional truck driver for over 25 years, accumulating more than 2.2 million accident-free miles, and has worked for UPS Freight for the past 23 years. He has been honored at the White House and featured in the UPS Magazine.

Whittle has been a professional truck driver for over 41 years, accumulating more than 3.8 million accident-free miles. This July, Derrick will be celebrating 29 years with Cargo Transporters.

Sova has been a professional truck driver nearly 30 years and has accumulated almost 3 million safe miles. Sova operates as an over-the-road truck driver hauling fresh, frozen and dry goods. She teams with her husband along with their 11-pound Chihuahua.

Jacobs joined XPO as head of human resources in 2018. As the Chief Diversity Officer, LaQuenta is responsible for helping her organization drive diversity, equity and inclusion. Over her 23-year-career LaQuenta has championed inclusivity in senior HR roles with Delta Air Lines, The Home Depot, Turner Broadcasting System and Georgia-Pacific.

Greer is responsible for all human resource and safety functions at FedEx Freight, which employs 45,000 team members across the U.S., Canada and Mexico .An attorney by trade, Greer first started working for the FedEx organization over 21 years ago and has since transitioned from law to his current role in HR. Prior to joining FedEx, Greer worked for the Department of Defense’s Defense Logistics Agency.