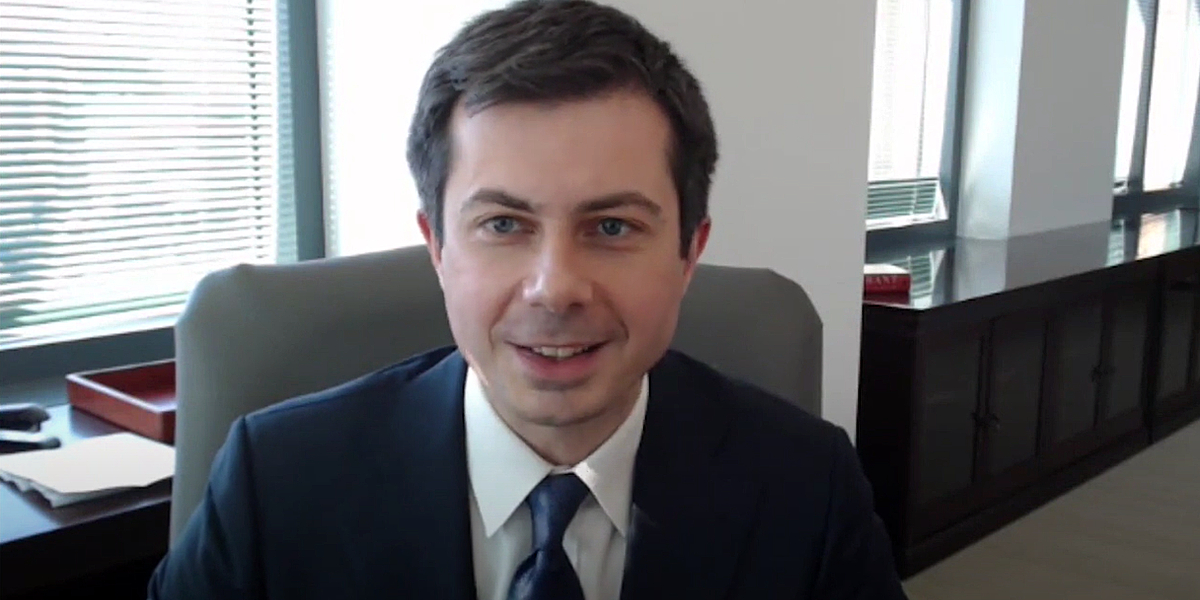 Department of Transportation Secretary Pete Buttigieg said he doesn’t believe the Biden administration will put energy into the federal fuel tax as a long-term solution for funding transportation and infrastructure.

“What we do know is that we’ve got to come up with revenue,” Buttigieg said Feb. 25 during a virtual keynote address at the American Association of State Highway and Transportation Officials’ annual Washington Briefing.

When answering a question about the Highway Trust Fund, Buttigeg acknowledged that it hasn’t been fully solvent the way government officials want it to be since 2008.

Buttigieg suggested that a vehicle road usage assessment would be necessary, and that the DOT would be very open-minded.

“What we know is that it’s got to be sustainable, that it’s got to be predictable,” he said. “And in an evolving transportation system, you’ve got to set it up in a way that’s affordable and doesn’t place unfair burdens on low income population or on rural areas where residents may need to drive more frequently.”

The secretary also reiterated his commitment to combating climate change.

“We know that the transportation sector is the largest source of greenhouse gas emissions,” he said. “That also means it’s the largest place where we can be part of this. That’s why we’ll be acting at the DOT to achieve outcomes. And we know that we will be measured in how we achieve those outcomes.”

He added: “We need to create a network that meets the less pollution [goals], that is more resilient for the challenges that climate change is already laying at our feet. And we’ve got to take the opportunity to transform our deteriorating infrastructure into a 21st-century system that creates more of those opportunities and accelerates equitable growth, and critically increases the global competitiveness of our country at a moment when there’s no time to lose.”

Committment to a Zero-Emission Future

Buttigieg also recently released a joint statement with the Canadian Transportation Minister committing to cooperate in a fight against climate change and to limit the environmental impacts of their transportation networks.

The statement was released in support of the ‘Roadmap for a Renewed U.S.-Canada Partnership,’ a blueprint that outlines the countries’ commit toward a zero-emission vehicle future through ambitious vehicle standards to improve fuel efficiency and reduce greenhouse gases from light- and heavy-duty vehicles.

“We intend to work together to help accelerate the achievement of 100% zero-emission vehicle sales for light-duty vehicles and increase the supply of and demand for zero-emission medium- and heavy-duty vehicles,” according to the joint statement.

The roadmap also calls for the countries to explore best practices on how to help incentivize the installation of electric charging stations and refuelling stations for clean fuel.

V8power by night – Scania R580
The 2021 Ford F-150 Is So Stuffed With New Tech & Gadgets That Even Tesla Owners Are Impressed!
These Are the LEAST (and MOST Safe) New Trucks You Can Buy Today!
Ford vs GM vs Ram: Who Did The Best Job Re-inventing the Tailgate? We Test & Rank Them!
Truckstar Festival 2011- Mooiste Truck Verkiezing met Weeda, Termeer en Gebr. Koot