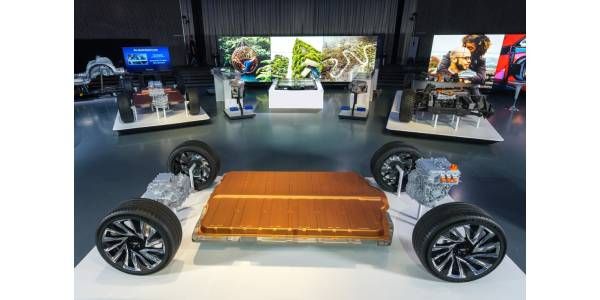 Technological advances and political gains don’t run on parallel tracks. But when one speeds up and catches the other, the resulting impact can pack a wallop felt far and wide.

That’s the case with the massive political flareup over California’s right to set unique rules for light-duty vehicle emissions, which in 2019 embroiled the federal government, 24 state governments, and the U.S. auto industry in a contentious fight over complex policymaking.

But that blazing fire appears now to be all but snuffed out — thanks to a move made by the head of General Motors that is at once politically calculated and technologically informed.

To back up to the beginning of the brouhaha, it was on Sept. 19, 2019, that the Trump Administration announced it would revoke California’s exemption that allows it to set fuel economy and greenhouse gas emission standards for automobiles and light-duty trucks that are stiffer than the corresponding federal limits.

The very next day California and 23 other states sued on the basis that removing the waiver was an unlawful action because the exemption had been granted by the federal Clean Air Act.

At the same time, Chair of the California Air Resources Board Mary Nichols announced that four automakers — Ford, Honda, Volkswagen, and BMW – would be sticking to their existing voluntary agreement to meet the state’s tighter GHG emission standards. That deal is set to run through the 2026 model year and aims to allow those carmakers to meet a single nationwide standard, which would be looser than Obama-era rules but tighter than what the Trump rollback would have allowed.

Then three other top automakers — General Motors, Toyota, and Fiat Chrysler — chose to go the other way entirely and endorsed the Trump Administration’s attempt to revoke California’s emission waiver.

With the industry thus split and no lawsuits resolved, that’s pretty much how things stood until Nov. 23. On that day, about two weeks after all major news media called the election for Joe Biden, General Motors ditched its support for the Trump emission rollback.

Nothing less than a major reversal by GM CEO Mary Barra, the decision signaled that the automaker is willing to work with the incoming Biden Administration — especially given Biden’s oft-stated support for pushing the growth of electric vehicles.

Barra laid out her rationale in a letter (acquired by The New York Times) to leaders of 11 key environmental advocacy groups: “President-elect Biden recently said, ‘I believe that we can own the 21st century car market again by moving to electric vehicles.’ We at General Motors couldn’t agree more.”

She went on to state that GM is “immediately withdrawing from the pre-emption litigation and inviting other automakers to join us.”

Clearly, Barra’s quick read of the political tea leaves was informed by her knowing how far along electric-vehicle development is at GM — and, of course, at its competitors.

“There is now a path to achieve agreement on a national standard and complementary policies to accelerate the electrification of the light-duty transportation sector,” she wrote in closing.

In a statement reacting to GM’s move, President-elect Biden remarked that the “announcement that General Motors is committed to working with the Biden-Harris Administration and the broader U.S. auto industry to build a future in which America leads the world in the manufacturing of zero-emissions vehicles is encouraging news for our economy, our planet, and the long-term success of American autoworkers.”

Ford Motor Co. also has recently chimed in on the debate. In a letter sent ahead of a planned Dec. 1 meeting of members of the Alliance for Automotive Innovation (an industry trade group that both Ford and GM belong to), Ford urged other automakers to support the existing California’s regulatory framework for reducing vehicle emissions.

That’s according to a report by The Detroit News, which obtained a copy of the letter.

In the letter, signed by Kumar Galhotra, president of Ford’s Americas and international markets group, this argument is made: “Given the outcome of the election, and the pressing issues that extend beyond fuel economy and the scope of these standards, it would be an enormous value for the industry to be able to pivot quickly and move forward with a single standard.”

One can contend that the upshot of both GM’s willingness to work with the Biden Administration on emissions and Ford’s desire to keep the industry working with California on emissions is that both industry giants know full well that the future of light-duty vehicle power is electric. And that future is arriving fast, if not right about now.