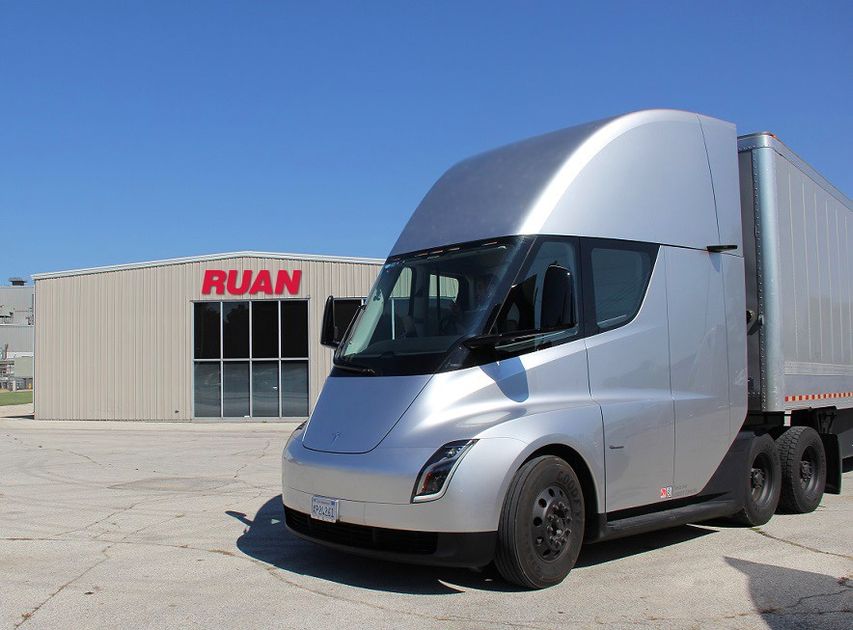 Tesla CEO Elon Musk said the company’s Semi, a Class 8 battery-electric tractor, has finished its pre-production engineering work and is ready to go to market later this year. However, the company’s limited ability to get battery cells is holding it back, he said speaking to investors on the company’s 2020 fourth-quarter earnings call Jan. 27. The company reported its first-ever full-year profit.

The call was reported by TechCrunch, CNBC and other news outlets.

Musk expects this problem to be temporary, saying that Tesla expects to have sufficient cell volume to meet its needs once it goes into production at its pilot battery factory in Fremont, California, with its 4680 battery pack. The battery cells, which Tesla designed and unveiled to shareholders at a battery day presentation last September, are large, tabless lithium-ion cells with a design that allows for greater energy density and vehicle range.

It’s not the first setback for the Semi. Initially, when the electric truck was dramatically introduced to the industry in 2017, Musk announced production for the Semi would begin in 2019. Then it was 2020. Last year, Musk revealed during a first-quarter earnings call that the Semi would be delayed into 2021.

The battery constraint points to the same conclusion for the possibility of Tesla developing a van, Musk noted, adding that the lifting of the constraint would open Tesla to possibly pursue the development of that category of vehicle.

Musk also said that Tesla has big plans for “exponentially” ramping up cell production, with a goal of having production capacity infrastructure in place for a total of 200 gigawatt hours per year by 2022. Musk said Tesla would strive to produce around 40% of that by capacity next year, and noted that future process improvements would likely add additional gigawatt hours of cell capacity in a gradual series of improvements as production processes streamlined.

Musk’s comments regarding a Tesla van are timely, as electric vans and other light-duty trucks are expected to be in high demand in the U.S due to President Biden’s Buy America plan, through which he aims to replace the federal government’s fleet of internal combustion engine vehicles with cleaner, quieter electrics. According to the most recently available data from the General Services Agency, the federal fleet includes more than 400,000 trucks, a category that encompasses light duty pickups and vans.

Tesla competitors, including Ford, GM, Daimler, Rivian and others are developing, and in some cases already selling, battery-electric vans, and new players are appearing on the market regularly.

“I think Tesla’s definitely going to make an electric van at some point,” Musk said. “The thing to bear in mind is that there is fundamentally a constraint on battery cell output. If you’re not involved in manufacturing, it’s really hard to appreciate just how hard it is to scale production. It’s the hardest thing in the world!”

2020 Jeep Gladiator Off-Road Pickup: Here Is Everything You Need to Know!
Ford vs GM vs Ram: Who Did The Best Job Re-inventing the Tailgate? We Test & Rank Them!
Uittocht Truckstar Festival – G.W. Trans – Scania V8 R500
Scania Winter 2023 #shorts
The 2021 Ford F-150 Is So Stuffed With New Tech & Gadgets That Even Tesla Owners Are Impressed!